Please note this meeting will be held at a different location!!!

6:30 PM on Thursday, October 24 (a week later than when we usually meet)
C&J Barbeque (location changed again. Come to the meeting for details why)
1010 S Texas Ave.
Bryan

Local & State Issues for the General Election on November 5

Local Bryan and College Station municipal elections and Texas Constitutional Propositions will be decided in the General Election on November 5, early voting will start on October 21. Information about issues in the election will help citizens make better choices with their votes. 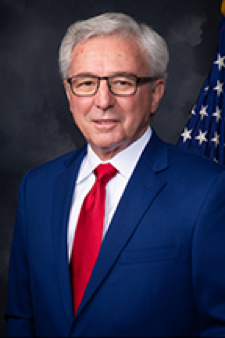 Mike will be sharing information about his experience on the council and discuss issues that need to be considered before voting in the General Election.

Looking forward to a great meeting. See you there! 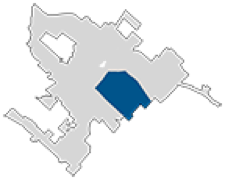 Bryan has been home to Mike Southerland and his family since 1984. Before entering the service, he was a resident of Louisiana. A 22-year Army veteran, Mike retired from active duty as a Corps of Engineers Lieutenant Colonel in May 1989. While in Vietnam – Feb. 1969 to Feb. 1970 – he logged more than 900 combat hours as a helicopter pilot, and later served in many leadership positions, one of which was in a military community located in Germany.

Mike has donated his time and energies to the Bryan Rotary Club and Habitat for Humanity as president. He has been a volunteer for Elder Aid, the Boys & Girls Club of the Brazos Valley, Mothers Against Drunk Driving, The Brazos Valley Council on Alcohol and Substance Abuse, and the American Red Cross.

As a director of the Bryan Development Foundation, he helped with Blinn College consolidation and furthered plans for a state prison development in Bryan.

Mike has been elected to three terms on the Bryan City Council. In 2006, Mike was instrumental in lobbying for creation of an ordinance further restricting the number of unrelated adults in a single-family dwelling located in a single-family residential neighborhood. Since his election to the council, he has served on many council appointed committees. Over the three terms he has presented over 80 items of council legislation. He has written four City Charter Amendments and all four have been passed and instituted.

Mike holds a bachelor’s degree in computer science with honors from the University of Southern Mississippi. Mike has done some graduate course work at Texas A&M University. Mike and Tana, a retired schoolteacher, have been married for 48 years. They have three children and five grandchildren. Their son Ty and his family reside in Corpus Christi; Mike and his family reside in College Station; and the youngest son Matt and his wife reside in the Dallas area.

“Tana and I love Bryan and are proud to serve.”