Consider arriving early for dinner and fellowship before the meeting!

The US has suffered national election fraud. Venezuela has been there. 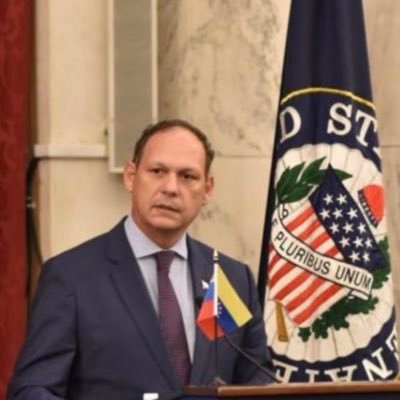 Our speaker this month is a Venezuelan Supreme Court Justice in exile.

Miguel Ángel Martín-Tortabu was appointed President of the Venezuelan Supreme Court of Justice by the National Assembly (Congress) in July 2017.

Martín-Tortabu, along with the other Supreme Court Judges and at least 60 other political and government leaders that opposed election fraud and the results of that fraud in Venezuela, have fled or been forced to leave the country. Their homes were raided, relatives harassed, assets and bank accounts were frozen and were subjected to military trial courts based on false charges. Some live openly in exile while others live a secret hidden life.

Miguel Martín-Tortabu will tell us about how corruption escalates and people suffer with fraudulent elections. We must heed this warning and determine that we will be active to promote trustworthy government through free, fair and honest elections.

Follow/view @martin_tortabu on Twitter for more information about our friend and Supreme Court Justice of Venezuela.

Facebook, Google, and other personal data extraction businesses offer useful services, for “free.” Two of our regular attendees will give a short talk on this, and we’ll be asking whether any of us could benefit from help removing ourselves and our informaton from these privacy-stealing companies.

Please make plans to join us for another rip-roaring meeting!