May 2020 meeting (POSTPONED UNTIL AUGUST): Texans United for Reform and Freedom

Public-private partnerships are good, right? Or not…

Public-private partnerships have been hailed as a great method for government and the private sector to work together. That’s a good sound bite, but do you feel the bite in your backside?

Texans United for Reform and Freedom (TURF) is a non-profit organization whose mission is to educate the public on our government’s new shift to tolling roadways using controversial financing methods called public-private partnerships. 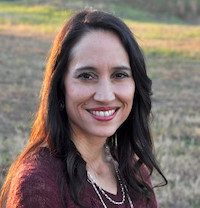 Terri Hall, Executive Director for (TURF) will be our speaker and will share information about how these “partnerships” are being used and abused in Texas and how tolls have been hijacked by the Left to impose its anti-car agenda.

You do not want to miss this presentation!

Please RSVP to bcsteaparty@gmail.com so that Outback can set up our room to ensure that we’re not too close to each other. We’ll have a few masks available if folks prefer to use these also.

Terri Hall founded Texans for Toll-free Highways in 2005 as a taxpayer revolt when she learned the Texas Department of Transportation (TxDOT) was to convert her only access to San Antonio, Hwy 281, into a tollway - a double tax. When she saw that this shift to tolling our existing free- ways was happening nationwide, Terri started a non-profit legislative advocacy group called Texans Uniting for Reform and Freedom or Texas TURF in 2007.

She’s a homeschool mom of ten turned citizen activist, and Terri has rallied her fellow Texans to stop this runaway taxation without representation, as well as to stop the international trade corridor known as the Trans Texas Corridor. She’s also galvanizing Texans and fellow Americans to rise up against another new trend nationally, which is to sell our highway system to the highest bidder by privatizing our public highways and handing them to foreign corporations in sweet- heart deals for a half-century at a time. This has resulted in extremely high tolls like a deal inked in DFW where commuters are being gouged with tolls over $3/mile to get to work!

Terri has worked as a citizen activist for seven sessions of the Texas Legislature, spoken before 12,000 people at a rally in Washington D.C., organized marches on Austin, spoken at national conferences, appeared on the Lou Dobbs Show, CNN’s American Morning, MSNBC and Fox News nationally, and done radio & TV interviews all over Texas. She’s also written for the Examiner, Watchdog.org, Texas Scorecard, public policy foundations, and has had many columns published by news outlets nationwide.

Texans for Toll-free Highways and Texas TURF are all-volunteer, all-grassroots organizations committed to defending property rights and our freedom to travel. They’ve repealed the Trans Texas Corridor, defeated bad bills with horrific runaway taxation in the Legislature, spoken out against using federal stimulus money to build toll roads (a TRIPLE TAX), and awakened Texas to the coming leveraged debt infrastructure bubble, which sets the stage for more massive tax- payer bailouts. Her organizations continue to be a political force to be reckoned with in the Texas legislature, where Terri continues to volunteer as a watchdog on behalf of taxpayers. She invites you to learn more and to join the fight at www.TexasTURF.org.